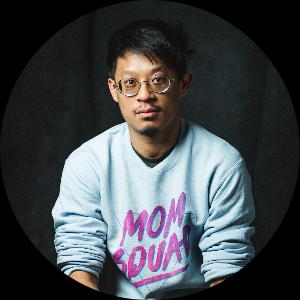 Stanley Wong is a writer, director, and actor from Louisiana. After graduating the University of New Orleans, Stanley produced, starred, edited, and received story credit for the feature film “Steve Chong Finds Out That Suicide is a Bad Idea”, which won the Audience Award at the Asian American International Film Festival. From there, Stanley was selected for the Armed With A Camera Fellowship for his short film "Hand Fart", which won the Audience Award at the Nashville Film Festival and was a Vimeo Staff Pick. He got 3rd place with his feature screenplay "The Causeway" at the 2018 Slamdance Screenplay Competition. He’s also played the token Asian in the “Jump Street” series and the Oscar-winning movie "The Big Short". His most recent short film, "Godzilla Party”, played at the Los Angeles Asian Pacific Film Festival. He is currently working on shooting his first feature film.

Devastated by a breakup right before a scheduled couples’ trip to Hawaii, a lonely young man decides to go anyway in the hopes that an escape to the idyllic locale is the solution to all his problems. It isn’t.