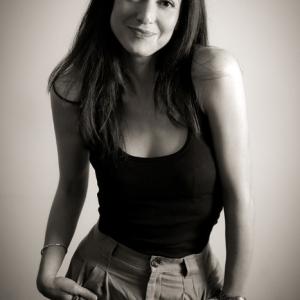 A writer, director and producer, Maud Ferrari made her debuts with short films made in France, her homeland.

She holds a BA in Political Sciences, a Master’s degree in History and a MFA in Screenwriting from the Parisian school CEEA. She wrote, directed and produced two successful short films: Sous le fard in France, and The Chauffeur for UCLA, both selected in many festivals and commercially distributed. She produced a vampire short film, Nothing Like The Sun, selected in more than 50 festivals and winner many times. Permanently relocated in Los Angeles since 2011, she developed two feature films, Virgin and the full-length version of The Chauffeur. Since graduation in 2008, her dream is to launch her own TV series.

Ferrari’s trademark is sexy and dark with strong female leads.

The Chauffeur, Nothing Like The Sun, Sous le fard

Audrey, a young actress trying to make it in Hollywood, is torn between her attraction to Tony, a submissive fetishist and luxury car driver, and Scott, a big time producer who can change her life.