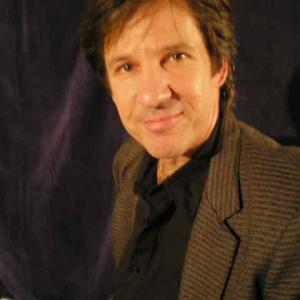 Steve Samsel began his creative endeavors in music. His Northwest rock band, Kracker was signed to independent label Primo Records. Shortly thereafter was signed to RCA Records of Canada and worked with legendary, British rocker Spencer Davis, who produced the U.S.K. (United States Kracker) album. At this time Steve wrote songs for the likes of, Spencer Davis, and renowned Canadian blues band The Downshild Blues Band. Steve then went on to produce his own E.P. of original songs titled, Little Bit Of Magic. He co-directed the music video with the same song title, which aired on nationally televised MTV (New York). The series was known as the Basement Tapes, created for unsigned recording artists. Steve’s song placed third in the nation.

After attending TV/Film school at the local community college and studying the nuances of shooting, lighting and editing, Steve began to study the craft of screenwriting. He would study from the same texts as those from the U.S.C. Masters program in screenwriting; Lew Hunter’s 434, Robert McKee’s, Story, Syd Fields books, to name a few, then Steve began writing scripts.

Steve has written six feature length screenplays. He has directed two short films from his collection of stories and turned one of them into his published novel, The Adventures of Jonny Law, available on Amazon. Steve’s novel received a 4.5 review on the Reading For Sanity website, also posted on Goodreads and Amazon. They stated, “Jonny Law is a rip-roaring good time...One hilarious scene into another.”

Pictures taken on the sets of Steve’s short films, A Light Through The Darkness, and Mom! There’s A Spaceship In The Backyard! can be seen on his website, SteveSamsel.com

In this zany comedy, two out of work musicians, Steve and his pet monkey Bongo decide to embark on a career as talk show hosts. They are two of the most inept talk show hosts on this planet or any other. They are so bad it’s hilarious. This show was originally created to promote Steve’s novel. There are at least 12 episodes on Youtube that you can check out.

Steve is presently focusing on his Family/Sci-Fi/Comedy, “Mom! There's A Spaceship In The Backyard!” - ”Ultimately this film is highly creative and could easily fin the right home.” The Blacklist

The Adventures of Jonny Law - Novel, Writer/Publisher. Based on original screenplay.