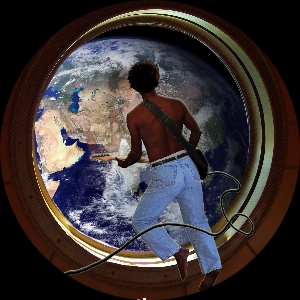 As a child, my uncle, who was a film professor, showed me how to analyze films and break down shots, like the famous airplane scene with Cary Grant in North By Northwest. He also taught me about screenwriting and encouraged me to keep reworking my ideas on paper until they began to take on a life of their own. Tragically, my mentor died of a sudden heart attack a few years ago. He was found dead in his house, sitting in front of his TV preparing for the film class that he never taught. His students were devastated when they found out why Professor Francavilla never made it to class that day. I’ve made it my mission to honor his memory and see my screenplay, SpaceLotto, become a feature film. It was one of the last things we discussed before he died.