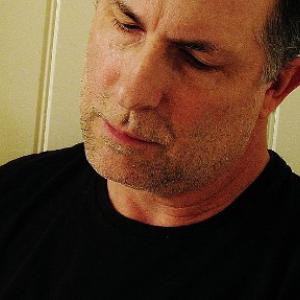 Rollin Jewett (aka Rollin Jarrett) has been involved in film for over 30 years as screenwriter, actor, and script consultant. His produced feature film scripts include "American Vampire" and "Laws of Deception". In addition to his film work, Rollin is also an award winning published playwright whose plays have been performed worldwide. Rollin has worked as a "writer for hire" on several films and theatrical projects. Most recently, Rollin's comedy "Demons for Dummies" was named a Semi-Finalist in the 2019 Emerging Screenwriter Screenplay Competition and was also a Quarter-Finalist in the 2017 Final Draft 'Big Break' Screenplay Contest.

This ain't no "Little Mermaid"! This one-of-a-kind action adventure is the tale of a beautiful mermaid who gets caught in a toxic chemical spill, mutates into a sexy siren and takes revenge on a corporate industrial giant! A bad-ass femme fatale, huge action, larger than life villains, and a take-no-prisoners presentation of a topical issue make Merdermaid a wild parable of mythic proportions!

The good news: Sharp teenager Maxwell Silver finally figured out what that ancient key he found in his grandfather's attic goes to. The bad news: it's the key to the underworld and the devil wants it back!Likable teen protagonist Maxwell Silver gains possession of an ancient key and book which will guide him in his perilous battle against the forces of evil. Aided by an irreverent middle-aged "undercover" angel, Max must use his special skills and keen intellect to keep the devil (and his wild assortment of demonic minions) from escaping hell. Romance blossoms in the form of a classmate with whom the demon will barter - as in the end, Max must choose between love...and Armageddon!