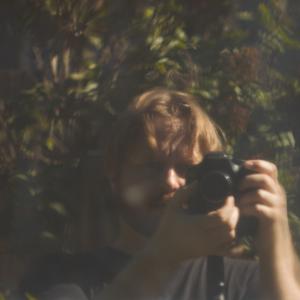 Inaugural Black List Lab alumnus, Robin D Fox, decided on filmmaker as a calling at the age of five, after watching The Shining on local late-night television. As irreparably scarred as he was divinely inspired by the experience, he found himself possessed by a deep desire to affect others with cinema with the same severity that his five year old self had been affected. He's been working tirelessly toward that goal ever since.

The Grittiest Fairy Tale. FBI Agent Gaya Johnson is called to a forgotten Appalachian town to investigate the disappearance of a very important man. A mysterious, nearby wilderness preserve holds secrets beyond comprehension.

A parking structure attendant wrestles with severe past trauma as she makes a strange new friend, herself in very dark trouble.

THE BRIGHT AND HOLLOW SKY

Two young boys on opposite ends of a post-apocalyptic wasteland, must fight for survival. A series of life-shattering events force each to come of age in the harshness of this complex new world.

Modern day, foul-mouthed, one-night comedy. Based on true events... and The Odyssey.

A secret cabal of assassins wages vicious war just beneath the visible surface of our society. An unlikely hero attempts to erode their control, in a decade-long journey to find a missing loved one.