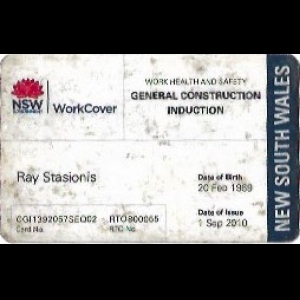 Interned in Hollywood during the mid 90's at Donner/shuler/donner and Silver Pictures and Chesterfield Writers Film Project and Mutual Film Company for over two years and studied screenwriting at night school at UCLA during that time. Returned to Australia and worked mainly on large big budget American features that got shot in Australia, below-the-line as assistant, driver, p.a. etc. Then I worked on large music festivals for a few years and for the last 5 years I've been working in an underground uranium mine in south Australia and a large open cut coal mine in northern Australia.

ANATHEMA TO ALL OTHERS

A US Navy Captain and his crew of navy misfits and outcasts embark on a United Nations mission to eradicate the mosquito off the face of the earth, forever.