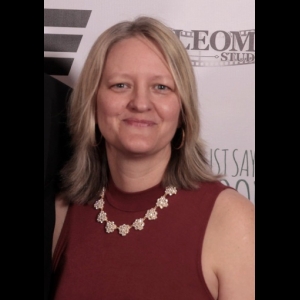 Layla O'Shea was born and raised in Boston, Massachusetts. After years of playing baseball and running around pretending to be Superman, she grew up, went to college, graduated with an English/Communications Degree, and worked full-time while raising three young kids when she discovered the art of the screenplay.

Since immersing herself in screenwriting, several scripts advanced in top screenwriting competitions, including the Austin Film Festival and the PAGE Awards. Her finalist drama script, Just Say Goodbye, was produced, winning Best Director for feature film at the Boston International Film Festival. After a short theatrical release in Los Angeles, it was released in May 2019, with DVDs selling through major online outlets such as Best Buy, Target and Walmart, as well as streaming on Fandango Now and Amazon Prime.

A short science fiction film, The A.R.K. Report, which she co-wrote, won a Gold Remi Award at the Houston International Film Festival. Her latest endeavors include collaborating on a video game project, Bizerta: Silent Evil, being developed for the Nintendo Switch, having her suspense/mystery novel A Well of Vengeance edited, and prepping her pitch for an hour-long drama TV pilot Split Decisions. Her ultimate goal is to continue making/crafting stories that move people.