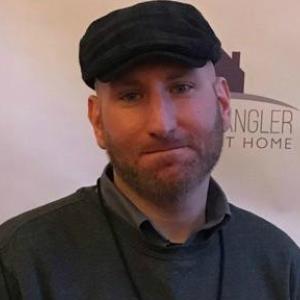 Born and raised in the Great State of New Jersey, Paul J. Williams started film school at the age of eight when his parents took him to the theater to see his first movie: "E.T. the Extra-Terrestrial." Since then, he has become a multi-award-winning screenwriter, producer, director, and consultant based in the New York City area.

In 2010, he founded Rolling Dark Productions and has had several movies screen at film festivals throughout the world. His screenplays have reached the Quarterfinals, the Top 10%, the Top 15%, and the top 20% in the 2017, 2018, and 2020 Academy Nicholl Fellowships in Screenwriting, as well as the Semifinals and Second Round in the 2017 and 2020 Austin Film Festival. He is an alumnus of the New Jersey Film School; a member of the New Jersey Screenwriters' Group; and serves as a Professional Mentor for Cinema Ed Films, a non-profit film and media company that focuses on using independent film as a teaching tool for high-school and college students.

Paul is also a screenplay reader/analyst for the Austin Film Festival's Screenplay Competition (First and Second (Quarterfinal) Rounds) and is a reader/analyst for Catch & Release Films (PRECIOUS, 127 HOURS, FOXCATCHER, MUD, WIN WIN). He also reviews movies and has had articles on cinema published in various online outlets.

Paul also served as a decorated law enforcement officer for almost twenty-six years, both as a Federal Officer with the U.S. Department of Justice, where his duties required him to travel to over twenty countries around the world, as well as a Police Officer for the City of Newark, N.J. Upon graduating the police academy, he volunteered to be assigned to Newark's tough 4th Precinct (the Wild, Wild West District). He responded to Ground Zero in Manhattan after the September 11, 2001 terrorist attacks; was awarded the Medal of Honor for actions on December 14, 2002; transferred to Morris County, N.J. in July 2006; was promoted to Detective in July 2015; and retired in June 2021.

He resides mainly in the New York City area and part-time in Wildwood Crest, New Jersey with his family, including a Miniature Dachshund named Hazel.