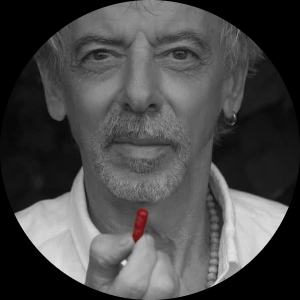 Patrick began radio broadcasting in Armed Forces Radio in 1968. Patrick's specialites over all these years in natural healing and The Real World of Money. He's been a devout student of monetary history under the tutelage of currency historian, Andrew Gause for 25 years, with doing weekly shows with Andrew for many years.

The Real World of Money is is first screenplay and has won one Feature Screenplay award and several Accolades for finishing near the top. His second screenplay, "Look and See," is a romantic comedy with strong spiritual awakening material, including showing how karma, reincarnation and the mind interplay in physical reality.

His true passion in life as he's had many out of body experiences where he's been able to "Look and See." how life works here on the earth plane.

THE REAL WORLD OF MONEY

White Hats install a VP who pushes the President to take over the private Federal Reserve bank and print notes out of Treasury thus eliminating the Dollar, the catch is the Dollar brand is owned by the people who secretly put the President in office through the father, albeit unknowingly to the President.