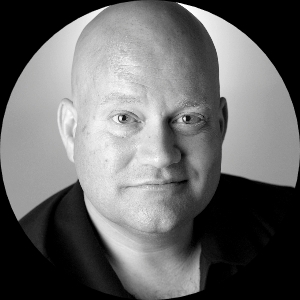 Mark Osborne likes writing Novels and Screenplays. He specializes in Fantasy and Horror, with tongue always placed firmly in cheek, because humorless Horror is boring and trite. His writings include the novel Playthings – a novel of alien horror, which is sold on Amazon.com. A suggestion would be to either Google or search on Amazon for Playthings by Mark Osborne. If you just type in Playthings your search will probably not get Mark’s book and come up with some very bizarre results, just saying.

He is also a Quarter Finalist in the Final Draft Big Break Screenplay competition for 2018 for the screenplay M.O.A.V.

Mark was at one time part owner in the production company Eagle Street Films which he acted as producer/director/writer for the short film Retribution that they created. He has also had a varied career of sorts as an improve comic and actor, performing in the final play to be produced by the prestigious Slocum house Theater Group of Greater Tuna.

He lives on the Columbia River in Vancouver, WA, not the B.C. one the original, across the river from Portland, OR in the land of beer and coffee. He works as a salesman in the Electrical Industry doing Energy Solutions sales. Trying to save the planet one watt at a time.

His favorite job is writing stories of worlds and scenarios that the audience will enjoy, if not be freaked out by as well… a little. Who doesn’t enjoy that tingling feeling of being a little scared? He also enjoys ice cream and pie, and coffee, and oh yeah… beer.

MOTHER (formerly M.O.A.V.) is an old-fashioned creature feature set in the almost non-technological time of the 1970's where cell phones and the internet do not exist and being cut off from civilization could come from something as simple as a broken power or phone line. It is a true family in peril siege movie in a similar vein of Night of the Living Dead meets The Thing, with the humor of Slither thrown in. Along with the popularity of Movies like "IT", and TV shows like "Stranger Things" that have a retro vibe to them, this could have a mass appeal if done correctly.