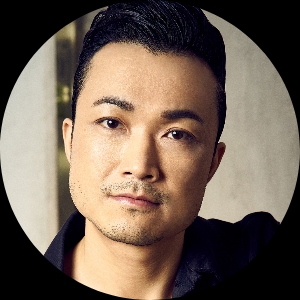 Norman is an award-winning writer, filmmaker, and actor. His work explores social, political, and moral issues in an entertaining manner, encouraging audiences to engage in discussion. Screenwriting projects include "Blood Rush", "Scabs", and "Theory", adapted from his original play. "Theory" is a psychological thriller about a professor who tests the limits of free speech by creating an unmoderated discussion board, thrusting her into a game of cat-and-mouse with a mysterious student whose dangerous postings make her question her beliefs and fight back for her life. "Theory" had its American premiere at Mosaic Theater Company in Washington, DC, after its world premiere at Tarragon Theatre in Toronto. "Theory" won the Herman Voaden National Playwriting Prize, was nominated for the Carol Bolt Award, and is being developed as a feature film. "Theory" will be published by Playwrights Canada Press in 2020. He was recently at the Stratford Festival to write his new play "Others". His play "Pu-Erh" was nominated for four Dora Mavor Moore Awards, including Outstanding New Play, and was a Herman Voaden finalist. "Theory" and "Ms. Desjardins" are available as podcasts on CBC/PlayMe. As a writer-director, his films "Anne Darling", "Hello Faye", and "Marnie Love" have screened at international film festivals. As an actor, favourite roles include "Resident Evil: Afterlife", "Todd and the Book of Pure Evil", "Chimerica", and "The Kite Runner". He will be acting at the Stratford Festival in 2020 in "Hamlet", "Much Ado About Nothing", and "Wolf Hall". He holds a BFA in Film from Ryerson University and a BFA in Acting/Theatre from University of British Columbia. Norman lives and works in Los Angeles and Toronto.

A visionary, wannabe lawyer has to flee 1890s San Francisco after committing murder, winding up as a slave in the Yukon where he vows to bring law and justice to a town that’s overrun by gangs battling over race, power, and gold.