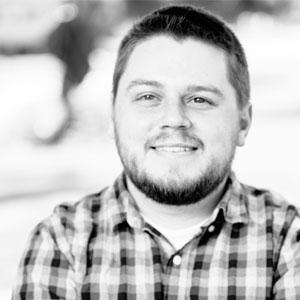 Nick Thacker graduated with a Bachelor in Media Arts Studies at BYU, where he assisted in the development of dozens of student short screenplays. He worked as Head Writer on the branded web-series “Pretty Darn Funny” for national bookstore, Deseret Book.

Afterwards, he graduated from Loyola Marymount University with a Masters of Fine Arts in Feature Film Screenwriting. His thesis screenplay advanced to the second round in the Austin Film Festival’s screenplay contest.

From January 2016 until December 2018, he taught undergraduate screenwriting classes at Loyola Marymount University.