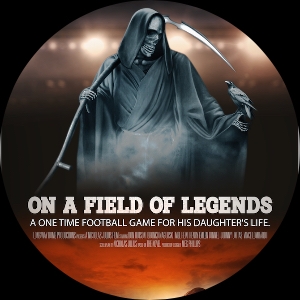 Nicholas Julius is a NY based, Actor/Writer/Director/Filmmaker who runs Long Way Home Productions. Nicholas’s film, “The Devil Goes Down” starring Boardwalk Empire and The Wire’s Michael Kenneth Williams has been accepted into 119 Film festivals and has won 39 awards.

In the short film the Devil challenges a young man to game of basketball for his soul. This is what I did with basketball. OAFOL is what I can do with football.

A, "Football Field of Dreams" meets, "It's a Wonderful Life." This script taps into the multi-billion dollar NFL, college football, and holiday markets. Link to pitch deck: https://www.dropbox.com/s/7igdqyhkjd04isd/OAFOL%20Pitch%20deck.pdf?dl=0

Nicholas is an actor and can be seen Adam Sandler's films as he has been Adam's stand-in/body double numerous times. He was also an actor as Al Capone’s right hand man, Gino, on Boardwalk Empire for 5 seasons, where he worked both in front of and behind the camera. Nicholas is in pre-production for his next live action film, “Under the Hood” in which he be directing, and playing duel lead roles. The same team that made, "The Devil Goes Down” will be bringing the film to the screen.

His latest animated film, “Erin, Owen, and the Loch Ness Monster” is the 1st film of The Mythfitz series. 36 FF's 16 awards.

The Devil Goes Down/Erin, Owen, and the Loch Ness Monster
« »

Homophobic, young mobster tries to leave his former “Family” life and shares an apartment with a young woman with a terrible secret in the predominately gay section of Chelsea. One finds tolerance, the other healing, and they both find love. WINNER - Best Screenplay, Cayman Island FF.