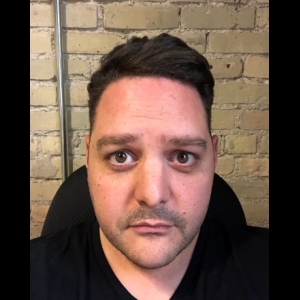 Mauro graduated from The University of Winnipeg with a Bachelor of Arts in Film where screenwriting became a focus for him. He's been writing in screenplay format for the better part of the last decade.

He worked at New Line Cinema, in Los Angeles, in the Acquisitions department. Working for the Head of Acquisitions, Mauro attended film screenings and reviewed potential distribution of independent productions. In addition, Mauro provided daily coverage on screenplays looking for potential production.

Mauro has worked on set in various departments such as: the Locations department and background acting. He now works for a not-for-profit, government funded organization which provides training and skills upgrades for film and television workers, both above and below the line.

Mauro has written, directed, and produced an independent feature film titled ‘The Pre-Drink’ which is now streaming on Amazon Prime.