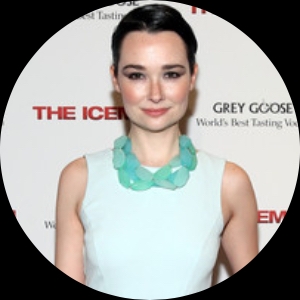 LA based WGA writer. In 2018 Ruhlin’s first script, "Welcome To Mercy” was distributed by IFC. The film had a theatrical run in 15 cities and opened to superb reviews. Roger Ebert wrote, “As a screenwriter, Ruhlin brings sensitivity to her characters in a way that none of the other authors of this season's big horror films did...” and the LA Times quoted, “...a haunting, poignant portrait of one woman’s Kafkaesque nightmare." She has worked with companies such as STX, New Regency, Tooley Ent., WME, CAA, IFC, XYZ, and Amazon. Internationally she has worked with top production companies in the UK, Latvia and Hungary.

THEY SAID HE WAS A MIRACLE BABY

A woman is physically haunted while working on a horror film in 2016.

True story about the teenage girls who were stolen from their homes and built Auschwitz .

Life for Emily takes an unexpected turn when her husband tells her he wants a divorce. In an attempt to re-discover who she is, Emily befriends three women from different walks of life that help her transform her life and re-discover herself.