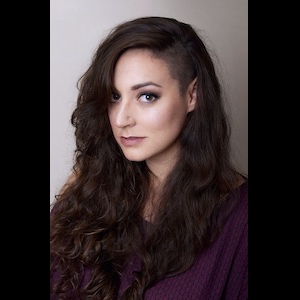 Katy Berry is a comedian, writer, and filmmaker from Long Island, NY. She studied writing at The New School in New York City, improv at The Magnet Theater, and sketch comedy at the Upright Citizens Brigade Theater. Her coming-of-age feature, POPCORN, was chosen for the 2020 Black List x WIF Feature Lab. Over the past several years Katy has traveled the world performing musical improv including at The Kennedy Center and in multiple sold out Edinburgh Fringe Fest runs. Her improvised cabaret/burlesque show, Electric Bitch, was feature in the New York Times and Time Out New York. In addition to live performances, her videos and writing have been featured on Vulture, Studio360, Bustle, Bushwick Daily, and more. Her commercial and VO work has been most notably featured on Nickelodeon and in the PopTarts Super Bowl campaign. For more information visit www.katyberrycomedy.com.