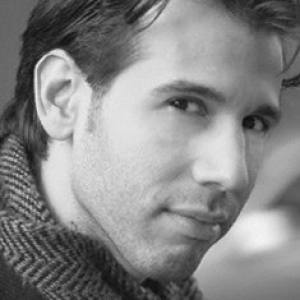 Keith may've broken a NICHOLL FELLOWSHIP record, with 3 of 3 submitted scripts ALL placing in the top percentile of the highly regarded contest -- an apparently unheard of achievement according to a 25-year industry vet. His credited work includes script-doctoring 3 indie films; one of those went on to win Best Director and Jury Prizes at Film Fests around the world. He's received Strong Considers and praise from Disney, New Line, TWC, Legendary, Monkeypaw, Overbrook & others on his feature specs. He loves genre projects, having started his career with a Spider-Man project at Marvel Comics at the age of 19; Keith followed that immediately with an internship at both DC & its famed Vertigo Comics imprint, performing editorial work on scripts by the likes of Neil Gaiman. His superhero spec, with a diverse cast of female leads, was more than a decade too early, but, in 2021, it was a Top 10 Finalist (out of "10s of thousands") in Silicon Valley's new CINEQUEST contest, the first to which it had ever been submitted. Both his musical feature biopic and Heist Series pilot spec received high marks via script-reading veteran Drew Hilton who started with Joel Silver, and both Keith's character-driven/art-house specs have received Laurels, Considers, and a variety of contest recognition, including placing as a finalist in the famed Blue Cat contest and in the Sundance Table Read competition.

He is currently publishing a line of high-concept, multicultural, multi-gender adventure comics ready-made for adaptation into other media.

ONCE IN A LIFETIME: THE SURREALISH STORY OF A BAND NAMED TALKING HEADS

In the '70s & '80s, an offbeat band changes the face of music with their style, approach, and oddly surreal songs like Psycho Killer & Once in a Lifetime, but they're a ticking time-bomb as in-fighting grows between the aloof lead singer and strong-willed female bassist.

In the near future, an outcast teen and his rebellious friend are forced to work for a hateful old man, learning about life, art, & women as they do...only to discover, to their horror, he's secretly Hitler.