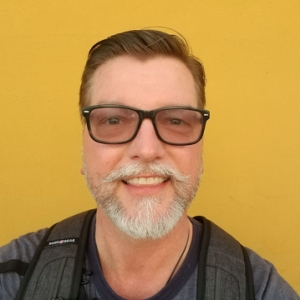 John is an award-winning screenwriter and 2019 Academy Nicholl Semifinalist on a successful trajectory after winning the 2016 Atlanta Film Festival Screenwriting Fellowship helmed by screenwriter and former Spielberg assistant, Michael Lucker. Since then, John has written 3 additional screenplays and accumulated nearly 80 awards and accolades.

He is also a composer and lyricist who recently recorded his demo album for his latest screenplay, "Last of the Burly Girls" which is getting large attention from many development executives.

John is mentored by Michael Lucker, Robin Henry, Don Woodard, and UCLA's Dr. Lew Hunter. He is also an associate member of the Dramatists Guild of America and a member of SOCAN.