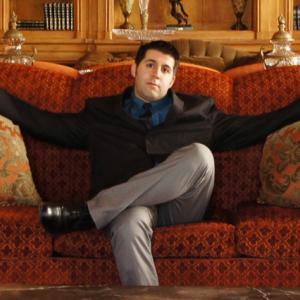 Jerry Cavallaro is a NY based screenwriter & filmmaker. His first feature, a romantic comedy titled Stuck Like Chuck, was a fan-favorite on the festival circuit. Recently, Jerry optioned a satirical teen sex comedy and co-wrote a musical horror comedy with Dan Fogler (FANTASTIC BEASTS AND WHERE TO FIND THEM) based on his bestselling graphic novel. In addition to making films, Jerry also helped screen them as the former Associate Director of the Orlando Film Festival.

Desperate to get over his ex, a naive college student embarks on a series of bad dates as part of a school tradition.

A self-aware comedy troupe must rely on their ability to improvise when they discover some urban legends are no joke.