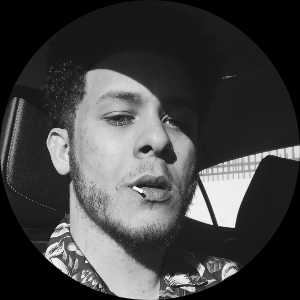 Afrofuturist writer with an inclination for sci-fi, fantasy, history, politics, sociology, philosophy; finding the answers of tomorrow to answer the questions of today.

Idris was born a free Afro-Mexican in 1831 until he was sold into slavery in 1836, after the Texas Revolution. In 1860, he would become a prophet of God where he would be given immortality and aid from Azrael, The Angel of Death; his mission was to destroy the Fallen Angels that sought to corrupt humanity. In 1861, Idris would burn down the plantation he slaved for and would go on to fight for the Union in 1865. In 1890, Idris searches the Wild West for a divine artifact stolen by the Confederates and hidden away with their gold. In 1923, Idris finds work as a jazz guitarist, where his rival was another black guitarist who sold his soul to the Cross-Roads Demon. In 1944, Idris joined WWII as a Tuskegee Airmen, where he'd join forces with a Jewish-American soldier and The French Resistance. In 1965, Idris returned to America to continue his mission, where he was plunged into the Civil Rights Movement. His optimism would quickly fade after the assassinations of several black leaders. By 1971, Idris had joined the Black Panthers and located the final Fallen Angel he must destroy. Fulfilling the prophecy would release him from the curse of immortality. But, he had a daughter to raise now, who he feared leaving behind as he ascends away from the earthly realm.