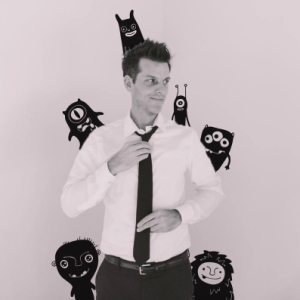 Hudson wrote and produced the feature film "This World Alone," which won Best Feature at Windy City Film Festival, Oxford Film Festival, and Phoenix Film Festival and Best Screenplay at the latter. He is the writer and producer of the award-winning short film, “Rooney’s World” and previously co-wrote the screenplay “Church League”, optioned by Lions Gate Films. In addition, Hudson is the founder of ScriptBlast—an organization that cultivates community and creates resources to help screenwriters navigate their careers. He also produces and hosts the podcasts Four Friends Fight About Film, the Mirror Box Films podcast, and the ScriptBlast Screenwriting podcast.

A young, brash cartoonist named Ames meets with a therapist after a painful split from her husband, Franklin. The therapist enters Ames into a trial which allows Ames to relive and even change her past memories in order to help her heal. But the technology comes into question when Ames loses her grip on reality—unable to tell fact from fiction.