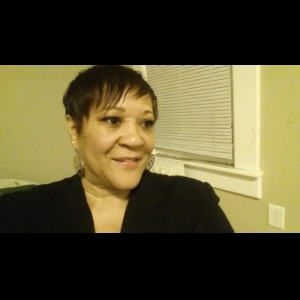 Hisani P. DuBose has experience as an artist both onstage and backstage. During her senior year at Seton Hall University she wrote the book and lyrics for her first musical, Different Kinda Blues. She also performed and served as choreographer. Upon graduation with a BS in Political Science Hisani moved to New York, worked at Dance Theater of Harlem and continued to write and co-produce two more musicals.

Wanting to switch from playwriting to screenwriting she applied for and was accepted into a competitive nine-week screenwriting workshop offered by the Writer’s Guild of America, East and Writer’s Voice. She also wrote feature articles for several local magazines and a monthly column for an entrepreneurial newspaper.

Hisani learned more about screenwriting and movie production by taking professional courses at New York University, JVC of America, Professional Products Division, The Independent Feature Project and a host of other places. In May of 2015 she received her Masters Degree in Media Studies from the New School. (N.Y.C.). Her documentary, The Vanishing Black Male, has been seen in film festivals around the country and won the Broader Vision award from the Garden State film festival. Syndicated movie critic Kam Williams called her one of the best Directors of 2005. One of her screenplays placed as a finalist in Director Francis Ford Coppola’s American Zoetrope Screen Writer’s Competition that same year. In 2018 and 2020 two other of her screenplays placed as quarter finalists in major festivals.

In 2003 she founded and operated a membership based organization called NJ Movie Maker’s Network which was a service organization for independent filmmakers. The organization held monthly workshops in Newark on various topics in filmmaking with guest speakers that included writer/educator Richard Wesley (Uptown Satuday Night, Deacons for Defense…) and actor Michael B. Jordan,

She is a published author of the books, “Do I Have to be a Starving Artist in the 21st Century?” and “Be Epic.” Ms. DuBose was commissioned to write and produce a documentary on the history of African Americans in New Brunswick, NJ, entitled, The Roaring Whisper, as well as curating an exhibit on the history of African Americans in New Jersey’s film industry for the Middlesex County Cultural and Heritage Commission. Hisani spent six years as an Associate Programmer with the New Jersey Performing Arts Center producing community performances for international artists such as Hugh Masekela, Paquito D’ Rivera, Babatunje Olatunji and others.

She spent eleven years as an Adjunct Professor at Bloomfield College in the Creative Arts and Technology Division training filmmakers, animators and game designers in the arts of storytelling, visual design, the business of entertainment and history of cinema. She has also conducted screenwriting workshops in film festivals and was commissioned to adapt two books into screenplays.

Ms. DuBose currently has a short documentary called, ITS TIME that premiered on Youtube in March of 2019 that explores the journey of adult children who have to put parents with dementia in nursing facilities.