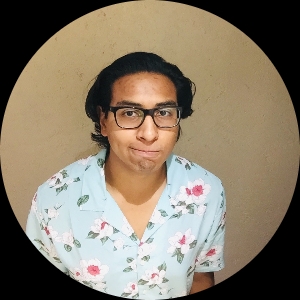 The smallest of three brothers. After a family financial crisis in 2015, I had to drop out my studies at age 18; so that my brother could finish medical school. We opened up a restaurant that specialized in traditional Mexican cuisine. At 20 years old I opened my own business, “Mr. Beef”, marketer of red meat, dairy products, disposable and raw materials. Which is currently operational. But ever since I saw that special film on the big screen in 2014, there is this moment in which makes one think, “I want to make films”, a movie which not just can widen our eyes, but move our core, just like that film. And every time you see that film, it will always feel like the first time you saw it at the theater. So in order to achieve my goal, in the meantime, I had to make my way towards it. Through sleepless nights and the old fashioned trial and error. (A self taught young Mexican. Who believes that films can change the perspective on people's life. Change the world. That filmmakers are the true dream makers).