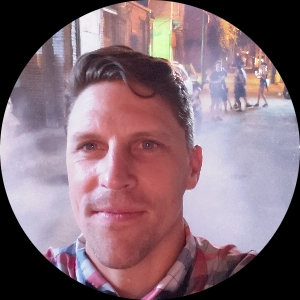 Colin Edward Lawrence is an award winning American Film Director, Writer and Producer, recently featured in Produced By magazine. After starting his career in development at Scott Free Productions, Heyday Films, and 20th Century Fox, Colin went on to Produce at New Wave Entertainment for four years. Since going independent six years ago, he’s been hired to write six feature films, he’s produced seven, and directed four more, with the latest arriving on streaming platforms in April of 2020. He recently had his second feature film (as writer, director, and producer) play Lifetime under the title IS MY DAUGHTER REALLY DEAD (formerly GASLIT). Colin prides himself on infusing his work with big worlds, unique characters, and grounded, truthful emotion. When he's not working, Colin spends his time cooking for his family, and hiking the hills of Los Angeles with his dog Obi-Wan.

GASLIT, IN BED WITH A KILLER, THE FIRE RISES: CREATION AND IMPACT OF THE DARK KNIGHT TRILOGY
« »

A 20 something Therapist spirals out of control while trying to keep his patients, and himself, sane during a global catastrophe.