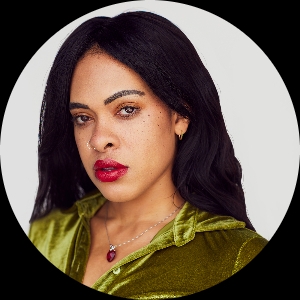 Camille Corbett a Fulbright Scholar and a multi-hyphenate artist who lives for a good story and considers herself as much of a reader as she is a writer (a reader of over 1000 books, in fact.). As a first generation Jamaican American, Camille has always viewed herself as an outsider, which is why it’s her mission as an artist to bring out the commonality in being different through compelling comedic tales with unconventional protagonists. Whether you read a script, or watch a film that Camille has directed, it is clear that she is passionate about shaping strong female characters, who are not afraid to be messier, funnier, and more complex than any of their male counterparts. Forever the Southern Belle, Camille was born and raised in Atlanta, GA by her stylish immigrant mother, and former NFL player father turned motivational speaker, who fostered Camille’s love of other cultures, causing Camille to speak four languages (English, Spanish, Turkish, Patois) and travel to over 18 countries. After graduating at the age of 20 from the University of Alabama with dual majors in English Literature and Film, Camille got a Fulbright Grant teaching English Literature at a Turkish University where she learned how real Baklava tastes and what hair transplants look like. As soon as Camille landed in LA, she began to contribute to the comedy scene through improv comedy (UCB, GROUNDLINGS), stand up, comedic musical performances, and acting classes (Lesly Kahn & Co, and Margie Haber Studio). Camille is currently writing on an animated Disney+ show (HEY AJ!). Camille previously wrote a Jamie Foxx Multicam-sitcom (DAD STOP EMBARRASSING ME) on Netflix as well as French sex comedy adaptation produced by DreamCrew (BREF) on Quibi. Forever an advocate for women behaving badly, Camille currently has an original animated pilot BADDIES in development with Cartuna, that is dedicated to that very notion. In addition to writing on shows, Camile also produces her own passion projects, which is why she raised a Kickstarter for a pilot (CRYSTAL & CHELSEA) that she produced, wrote, and starred in. Crystal & Chelsea is currently being distributed by Comcast and was the recipient of a prestigious Panavision grant. In addition, Camille is currently in post-production for THE ISLAND, a horror film funded by Outback Presents, in which Camille directed and played the villain. When she’s not plotting on how to become the next great American writer, Camille enjoys golfing, vintage shopping, writing music, painting, and eating everything that is not nailed down. Camille is currently repped by Angela Nikas at Buchwald and Yasmin Morris and Jonathan Baruch at Rain Management.