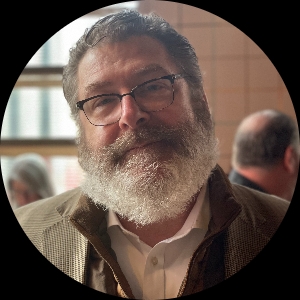 He also collaborated with a playwright friend on a diverse cast feature-length comedy about a young orphan living amongst his unique animal friends on a densely wooded interstate median, which made it to the finals of the 14th Annual StoryPro Screenplay competition, semifinals in Scriptation's and Filmatic's 2021 screenplay contest, and is a Santa Barbara International Screenplay quarterfinalist. The International Screenwriters Association (ISA) says "Cecil’s Woods has a shine. We like this coming-of-age story, especially in the wooded environment where The Boy has to adjust to the life he inherits. There is a lot of heart here, especially as it concerns how The Boy connects with the animals and others around him."

CJ is looking for opportunities to sell his spec scripts and hire out to work on comedy, drama, and action TV & Film productions.

GANG OF ONE - HURRICANE RON