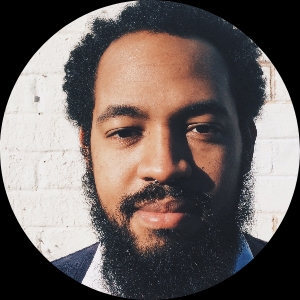 Jurassic Park was when I decided I wanted to make films. I remember how excited I was through the whole movie and how amazing it felt to watch these massive beasts on screen, how real it felt in that moment. It didn't matter that I was a five year old in a random theater in San Jose, because I was with them hiding from raptors and trying to survive the island. For some reason it was more than that though, it was the fact that a group of military families watching this film on a base in California all jumped, laughed, and felt the fear and excitement I felt while watching. I wanted to create movies that could do the same. After graduating Georgia State University with a degree in Film and Video I've continued to work toward that goal, working closely with other writers on adapting novels and creating content for smaller production houses. I'll always work toward the goal of that five year old kid who knew, without a doubt, that this was the job for him.

THE EDUCATION OF A SPY

A desperate but well meaning young woman attempts to make good on a promise, but finds herself the most important piece in an ongoing national conspiracy.