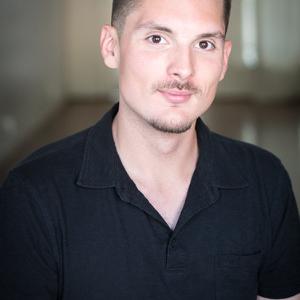 Brian T. Arnold is a writer, actor, and director. His script "In The End" won Best Drama in the Script Pipeline First Look Competition and appeared on the 2021 Blacklist. It was optioned by Sister and is currently in development.

"Friend of the Show" won the Launch Pad Feature Competition and Best Thriller in the Script Pipeline First Look Competition, landing him on the Young & Hungry List and the Hit List.

Arnold also co-wrote and starred in Open Houses, a comedic web series about two friends who create fake personas to crash swanky open houses they’d never be able to afford. All episodes can be seen at www.openhousestheseries.com.

Arnold studied improv and sketch comedy at the Upright Citizens Brigade Theatre, wrote and performed for a sketch team at iO West, and wrote for the CBS Sketch Comedy Showcase.

Arnold was born and raised in West Virginia, where he attended Concord University. He now lives in Los Angeles and is doing his best.

COLIN & CHLOE VS. THE UNIVERSE

When their wedding is ruined by a series of catastrophes too bizarre to be coincidental, a couple must confront their past mistakes to repair their relationship with the universe... and each other.