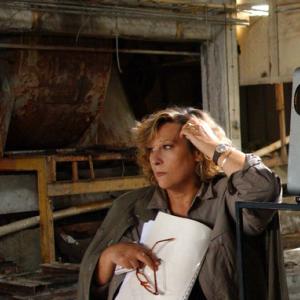 Barbara Barni is a screenwriter and a director. Her first feature film (1992) “Il piacere delle carni” -received the Democratic Cinema Award as ‘Best Screenplay’. Her second film “Il compagno americano” (2002) was finalist for the Premio Solinas. A comedy set in Cinecittà of 1940s, with Hug O'Connor (Chocolat), Nancy Brilli, photography by Ennio Guarnieri, set design by Marco Dentici. Both films have been recognized as an Italian cultural identity and were have been made with the assistance of MIBAC. She has worked extensively in Rai as author and has collaborated with Enzo Biagi in “Storia d’Italia a fumetti”. As a director, she has realized several institutional videos for the Department of Youth, Region Lazio, Azione Province Giovani. As a teacher, she has held screenwriting courses and a workshop of naturalistic film documentary at Sabina Universitas of Rieti. Her screenplay “The Arrows of Time” (current title Replay) has entered in the triad of the finalists of the competition ‘Cinema for Friendship’ organized by the Muscovite production company MosFilm.

The story of the first muse inspiring the character of Lara in Doctor Zhivago.Puglia 2017-Charlotte, an American screenwriter, with her husband and Russian director Iosif Nikolaevich is about to finish editing a film about the unknown love story of Marina Tsvetaeva and Boris Pasternak. A film about the fate, the poetry, the other loves which will not cease to unite and separate the two Russian poets between Paris and Moscow. The aberrations of the communist regime in the background. An accusatory film that pushes the Italian co-producer to look for a different ending. Among artistic betrayals and obsessions about Russian spies, Drigo, a quantum physicist, with his theories on the Multiverse, will reveal a surprising alternative… A film with an international flavour, in which cohabit suspense and romanticism, mystery and quantum physics; destinies that intersect and poetry; vitriolic gaze on aberrations of the Stalinist regime and critical reflection on the subversive power of art.