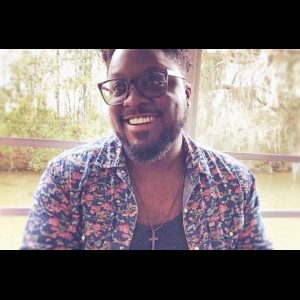 Brandon K. Hines is originally from High Point, NC, home to the biggest "Chest of Drawers" and John Coltrane. After veering off the medical school path, Brandon moved to New York City to pursue a career in Film and Television, climbing his way up the production ladder, working on projects such as: “30 Rock,” “Royal Pains,” “Sex and the City 2,” and many more.

After finding his footing, Brandon discovered his love for TV writing and transitioned to working as a Script Coordinator and Writer’s Assistant, gathering over a decade of writers’ room experience. In 2019, Brandon was given his first writing job on the ABC International/French M6 series, “Reef Break.” Since, he has written for the MTV variety series, “Yo! MTV Raps: Asia,” is currently writing on Season 2 of “Harlem” for Amazon Studios, and continues to develop queer and diverse stories across various platforms.