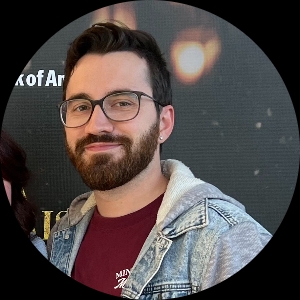 Aaron Sauerland is a writer, director, and script supervisor with a decade of experience in film & television. With a resume of over 100 projects helmed by Emmy-nominated directors and Academy award-winning actors, Aaron has had the greatest possible masterclass on filmmaking. With a deep love for a century of horror films and his quirky eye for the whimsical, Aaron strives to bring something fun and unusual to the screen every time

A closed-off astrophysicist desperately avoids his eccentric mother. But when Atomic Age monsters from the family's sci-fi shop come to life, they must mend their relationship or risk losing each other forever.