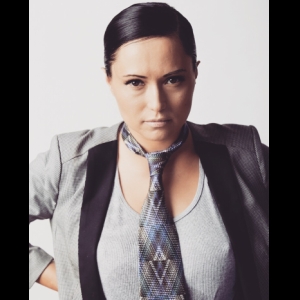 Born in Ologapo, Philippines, Ana Parsons graduated from the acclaimed Circle In The Square Musical Theatre Conservatory Program. She’s worked with (former Artistic Director Phillip Seymour Hoffman’s) Labyrinth Theatre Company at The Public, produced Off Off Broadway Genet’s The Maids at Center Stage, and numerous theatres around the country performing both contemporary and classical work. Ana was most recently seen in the international tour of Sherlock Holmes with David Arquette. As a stand up comedian and writer, Ana has been a Main Stage regular and performer on stages including The Comedy Store Los Angeles and Gotham Comedy New York. She co-wrote and performed in Jeremy Lin, The Musical: The Unauthorized Journey To Linsanity in 2012, which ran in Los Angeles and San Francisco to sold out houses with overwhelming response. The proceeds from the shows were donated to Love Never Fails World Charity, benefitting woman who have been affected by human trafficking

As an activist, Ana is a passionate advocate of women, children, and immigrant rights. When not writing or acting, she devotes her time to volunteering and ran the non - profit sect of BGB Studios Outreach Program in 2019. In 2020 wrote, produced, and starred in a three comic immigrant special, Asian American - Eyz'd: telling their lives as immigrants in modern America. Her semi – autobiographical pilot, The Asian That Didn’t, has been a finalist for Sundance Episodic Lab and Showtimes Tony Cox Award. Married her Tinder date from 2017 - it works!