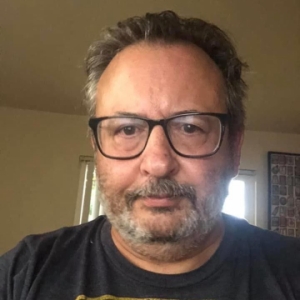 Mike Monson is the author of the noir/crime novellas The Scent of New Death, What Happens in Reno, and A Killer's Love, as well as the crime novel Tussinland. He is preparing to publish the book Ridesharing, a collection of fictional sketches and stories based on his experiences as an Uber/Lyft driver. He has written feature script based on his novella What Happens in Reno, and is working on a script based on The Scent of New Death (retitled for the screen as Revenge Plot). Also, he is creating scripts for a projected anthology TV series based on the stories in Ridesharing. He is a graduate of Chapman University.