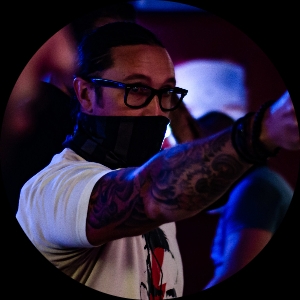 Kyle Kauwika Harris is of Hawaiian heritage and an enrolled Choctaw Nation citizen of Oklahoma. Mr. Harris previously served in the United States Navy and resides in Oklahoma City and Los Angeles. Mr. Harris is best known for his Emmy-award winning feature documentary, I Stand: The Guardians of the Water about the Standing Rock Sioux Nation's continued fight for clean water rights, and crime thriller feature narrative, Out of Exile.

Out of Exile & I Stand: The Guardians of the Water
Film and Photography
« »

LESSONS IN AN AMERICAN SUNSET

“An escaped convict, seeking revenge for his past, strikes up a relationship with his female captive while being pursued by an aging US Marshal with his own moral dilemma.”

After the body of a teenage Native American girl is found on tribal lands, a woeful Native OSBI Agent investigates the crime while the city erupts with protest regarding Native treatment by local police and media.