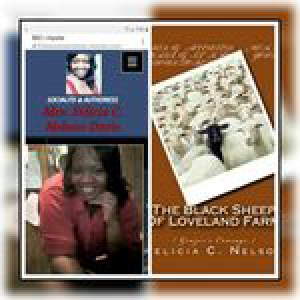 Ms. Felicia C. Nelson-Davis * In (1965) was born and raised in New Bern nc, as well as in Brooklyn NY, and Columbus,Ohio ! She later made a home of Virginia Beach as well! Her passion to spread much love started early into her childhood! Shes a devoted mother of 4 , a loving Nana of 13 grands and great Nana of 1 ! God saw fit to unite her in a , 2nd marriage in 2014 , after a 28 year unification ended in cancer of her 1rst husband , in 2010! Writing help books to motivate couples , singles and children of all ages was her passion when starting her book-line called , Lifelessonzinc ! SHE'S HAS BEEN SELF NETWORKING FOR OVER 5 YEARS AND HAS BUILT A HUGE FANBASE , WORLDWIDE